With the summer coming to a close and the fall season on the horizon, the Mid Atlantic Orioles High School Showcase teams have set the bar high for the upcoming 2022-23 season. Hard work and continued development have always been a primary focus for the Mid Atlantic Orioles program throughout each year. This past summer all of that work paid off as our high school teams combined for a 54-24 record throughout the summer months.

We would like to start by congratulating ’22 Oriole alumni Anthony Connor (Glen Allen HS) as he was informed this past weekend that he has secured his walk-on spot for the baseball team at James Madison University. Not only was Anthony and outstanding ballplayer for the 2022 Orioles, he was a class act individual in the classroom and teammate doing everything that was asked of him.

The 2023 Mid Atlantic Orioles tallied a 15-5 overall record throughout the summer finishing 2nd in the PBR Summer Championships and 3rd at the WWBA Coastal World Series (two highly competitive summer events). Currently sitting with three guys committed to play at the next level, the 2023 team is planning to add to that total within the coming weeks as they have multiple players that have received offers.

Connor Smith (Godwin HS) and Brandon Thomas (STAB HS) led the way on the mound for the Orioles this summer combining for a total of 65 innings and both posting astonishing ERA’s (Smith- 1.20/Thomas- 2.77). This team was relentless throughout the whole summer playing stellar defense along with a lineup that was tough for any opposing pitcher to get through. 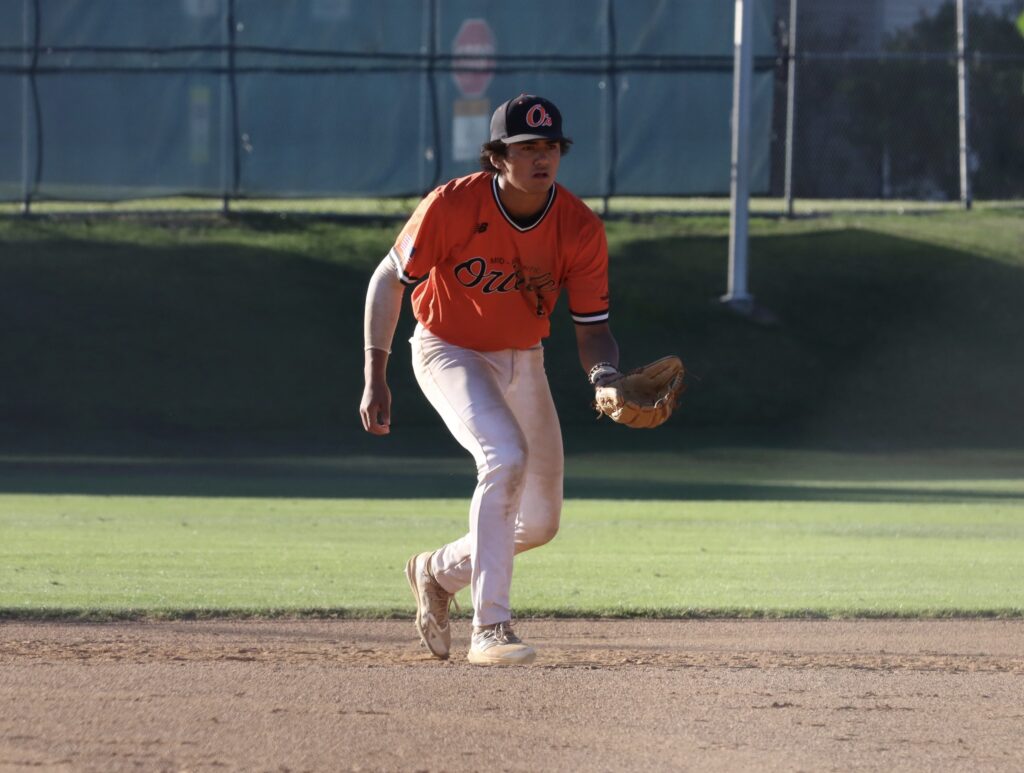 The 2024 class is looking very promising with multiple players cracking the rankings as the top 2024 players according to PBR VA/DC.

We are excited to see what the future holds for this entire class.

The 2025 Mid Atlantic Orioles showed extreme development and growth as the summer went on. Taking home, the championship at the Impact Championships at the Beach (Virginia Beach, VA). This team is built to continue to have strong showings as they have numerous guys that like to have fun but also play the game the right way.

’25 Catcher Jett Bristow (Collegiate) really sparked attention this summer as he is currently ranked the #25 player in the state along with the #2 overall catcher according to Prep Baseball Report.

The lineup for the 2025 Orioles will only continue to get stronger as they look forward to continuing their success in the upcoming 2022-23 season.

Congratulations to all of these teams this past summer and we are all looking forward to continuing to help everyone reach their ultimate goal!