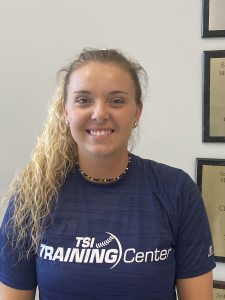 In her four years at Randolph-Macon College, Shelby received the 2017 All-ODAC Third Team, Most Outstanding Player in the 2019 Newport News NCAA Super Regional, and a 2020 First Team All-state selection. She has a career fielding percentage of (.976) out of 149 games, 68 career stolen bases, and finished the 2020 season with the highest batting average on the team and fifth highest in the conference at (.472). Shelby has also helped the RMC Yellow Jackets set various team records, make two regional appearances, one regional championship, one super regional championship, and a national championship appearance with the team finishing 7th in the country out of over 400 Division III schools.

Shelby will return to RMC in the spring of 2021 to complete her final NCAA softball season.